I realise you’ve been hanging-out for another report, and we’ve got a bit of ground to make up, so let me keep this brief – okay? Okay …

After 11+ hours in the air (yawn), we touched down at Schiphol Airport in Amsterdam (Holland) around 7am, and were delivered safely to the Convent Hotel in the city-centre. With its cobbled streets, picturesque canals, colourful markets, old crooked houses, Rijksmuseum, lumbering windmills, steep-gabled mansions, cosy Dutch cafés and countless bikes, the Netherlands’ capital is one of the most captivating places in Europe … and, despite misty clouds and drizzly rain, we Kiwis were soon captivated!

Come early evening, we paid a respectful visit to the museum-plus-hiding-place of Anne Frank – one of the millions of Jewish victims of Nazi persecution during WW2. Teenager Anne kept a diary (now published in more languages than any other book, save the Bible) until 1944, when someone betrayed her family to the SS. She died of typhus in the Bergen-Belsen camp.

Finally, we wrapped up the day with a classy, fun-filled ‘Midlife Madness Welcome Dinner’ at a local “cellar” restaurant … Yeehaa!

Following an early wake-up call, we drove through Amsterdam’s outskirts to Aalsmeer, home of the largest flower auction in the world – where we caught early-morning buyers bidding for zillions of flowers, and marvelled at the organisational brilliance involved. Then, in the quaint little town of Zanse Schanse, we checked out some traditional wooden houses and watched clogs being made – before driving to a one-time-fishing-village-now-famous-tourist-attraction, Volendam, where we ate lunch and tasted some cow, goat and sheep cheeses.

However, what we’d really been waiting for happened late-afternoon, when we arrived at the dock where the Amadeus Princess, our floating hotel, was parked. We went aboard, unpacked in our cabins, had drinkies in the expansive lounge, sat down in the dining-room to a scrumptious five-course dinner, crawled into big comfy beds, lay our weary heads on huge soft pillows, and went out like lights.

Pray for us, won’t you. This non-stop pampering is gonna be awful, but we’ll do our level best …

Amsterdam, first settled as a small fishing village in the late 12th century, is one of the world’s best and oldest hangouts: a unique metropolis made up of 70 islands (and land reclaimed from the sea) connected by canals and bridges galore. So, with one further morning to enjoy here, we grabbed the chance of a leisurely city-tour – plus a magical canal-cruise in one of Amsterdam’s famous glass-covered boats: along tree-lined waterways lined with Burgher’s mansions, gabled roofs, floating houseboats, the Royal Palace, the ‘Magere Brug’ (the city’s most photographed bridge), the Red Light District, and more.

Then, an hour ago, as the clock struck noon, the Amadeus Princess set sail along the Amsterdam Rijnkanaal, through the flat polder landscape of Southern Holland. (The weather? Warm and sunny!)

If you’re doing nothing tonight, why don’t you join us on Deck 3 for a rousing, brightly-costumed, hand-clapping, leg-kicking, petticoat-flashing Dutch folklore-show? 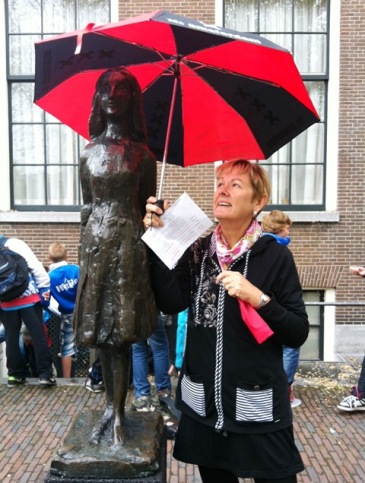 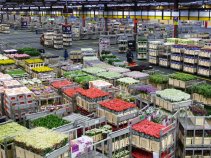 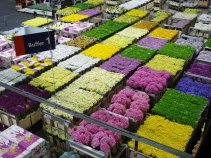 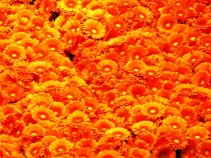 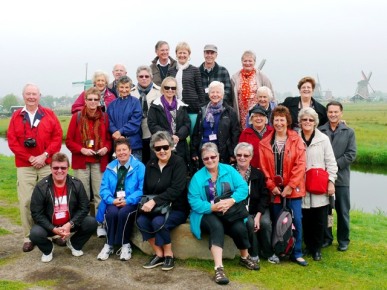 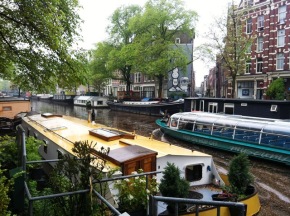 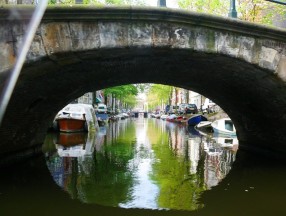 PEOPLE NEWS: Nominations for our hotly-sought-after Midlife Madness Awards are being received … and two of these quacky yellow ducks have already been claimed:

TOMORROW: We have an afternoon rendezvous in the great German city of Cologne, dominated by its vast Gothic Cathedral. So stay tuned …

I wouldn’t normally bother with a blog-entry this early into a tour. I mean, it was only a few hours ago (well, a day and a bit) that we left home. But (i) knowing that some of you have nothing better to do than read these pointless jottings … and (ii) suspecting that some of you worry about your friends and rellies who are travelling with us … and (iii) realising that you probably won’t rest-easy until you know your loved ones are safe … I felt I should update you.

(Another possible reason if that I’m currently sitting with Mrs Cooney in Singapore’s fabulous Changi Airport. Our flight doesn’t leave for another three hours. Our Kiwi mad-midlifers are spread out all over Terminal 3, eating, drinking and shopping I imagine. But I’ve been there, done that, and finished my pizza – and I’m now feeling sleep-deprived and bored-out-of-my-tiny-mind. 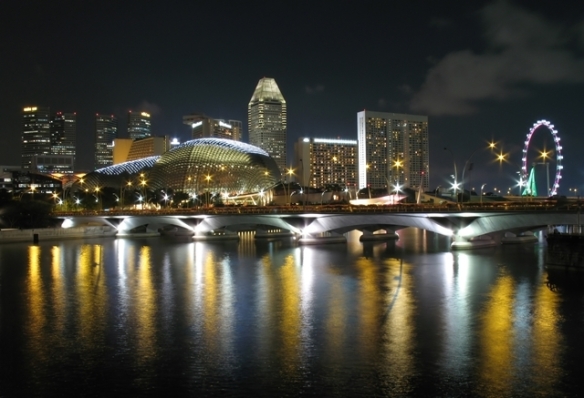 Well, to be honest, not a lot. Except that we arrived last night in this Asian showpiece-city (after an uneventful 10 hours in the air) … were duly delivered to the lovely Swissotel Merchant Court (near the brilliantly-lit-up Clarke Quay)… where we slept like babies(?) in our big welcoming beds.

Following a modest Weight-Watchers breakfast (not!), our group members went their various ways – spending up large in Orchard Road’s famous shops … riding sampans down the Singapore River … exploring the ultra-modern Gardens By The Bay or the spectacular National Orchid Gardens … grabbing some up-high views aboard the Singapore Flyer (a giant ferris-wheel) … visiting Haw Par Villa or Chinatown or Little India … catching a taxi to the legendary Raffles Hotel, in search of English High Tea or a ‘Singapore Sling’ … snoozing in their rooms, or splashing in the pool, or sitting at the bar and feeling homesick (yeah, right!).

Later tonight, we’ll commence the second leg of our grand journey, jetting our way across Asia and Europe for 14 tedious hours to Amsterdam, Holland – where our elegant river-boat, the Amadeus Princess, lies warming up, waiting to take us cruising on the Rhine and Danube.

PS: Do you like this cool photo of Singapore? I snapped it tonight out the back of our coach on the way to the Airport. (And if you believe that, you’ll believe anything!)

PPS: P.S. If you want to leave a message for someone in our group, just click on the little speech bubble at the top of this page, and add your ‘COMMENTS’! Make sure you say who it’s for and who it’s from – and keep it brief.

YEEHAA! We’re in countdown mode now – ticking off the final few hours before our group meets at the airport tomorrow morning with hearts-a-flutter, bags all packed, and passports clutched in hot little hands!

Some “MIDLIFE MADNESS” – that’s what we’ve got planned. It’ll start in Singapore … then continue in Amsterdam, Holland, where our shiny new ship, the Amadeus Princess, will be waiting to take us on a showcase cruise along Europe’s great rivers. 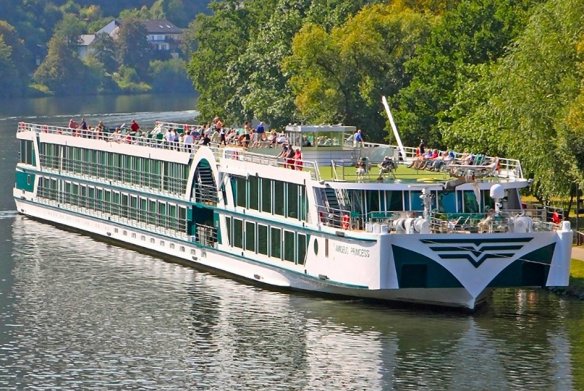 We’ll be gliding through Holland, Germany, Austria, Slovakia and Hungary … past wide-open spaces, quaint villages, proud castles, impressive cathedrals … right into the throbbing hearts of some truly dazzling cities. We’ll be going ashore every day … packing in as much sightseeing as possible … with heaps of time in-between to kick back, relax and have fun.

As we’ve said all along, we’re gonna have a BALL!

It’s hard to know where to start – because they’ll just keep coming, day after day, night after night, highlight after highlight. But here’s what our itinerary includes …

And, if that’s not enough, some of us will continue from there on a 7-day coach-tour to glorious golden Prague (Czech Republic) … with stops en route at Brno, Ceske Budejovich, Salzburg, Oberammergau, Heidelberg & Frankfurt.

Anyway, it’s late! And we’ve still got stuff lying all over the house that’s somehow gotta be jammed into our suitcases – HELP!

P.S I’ll add some fresh entries once this adventure’s actually underway – and I’ll include some award-winning pix. So stay tuned … 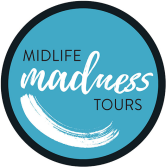 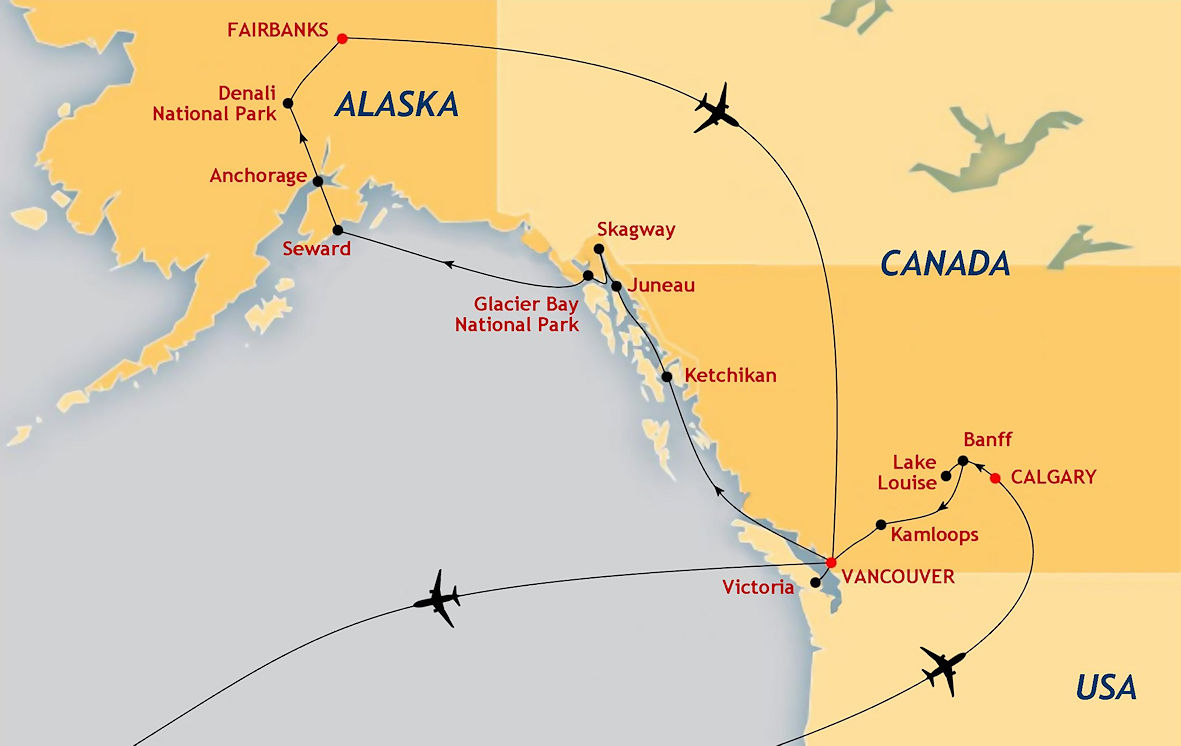 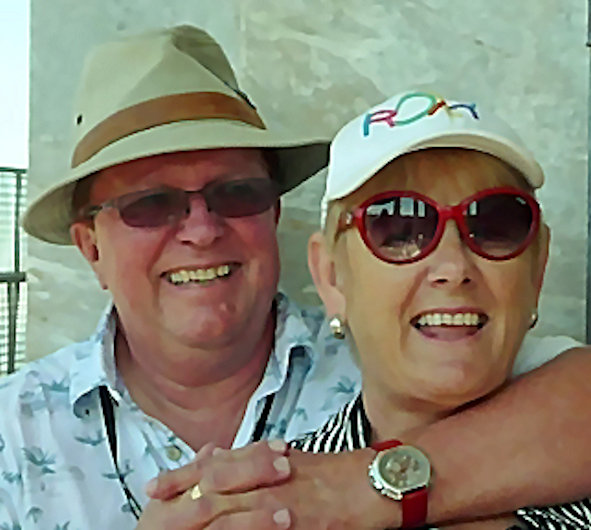 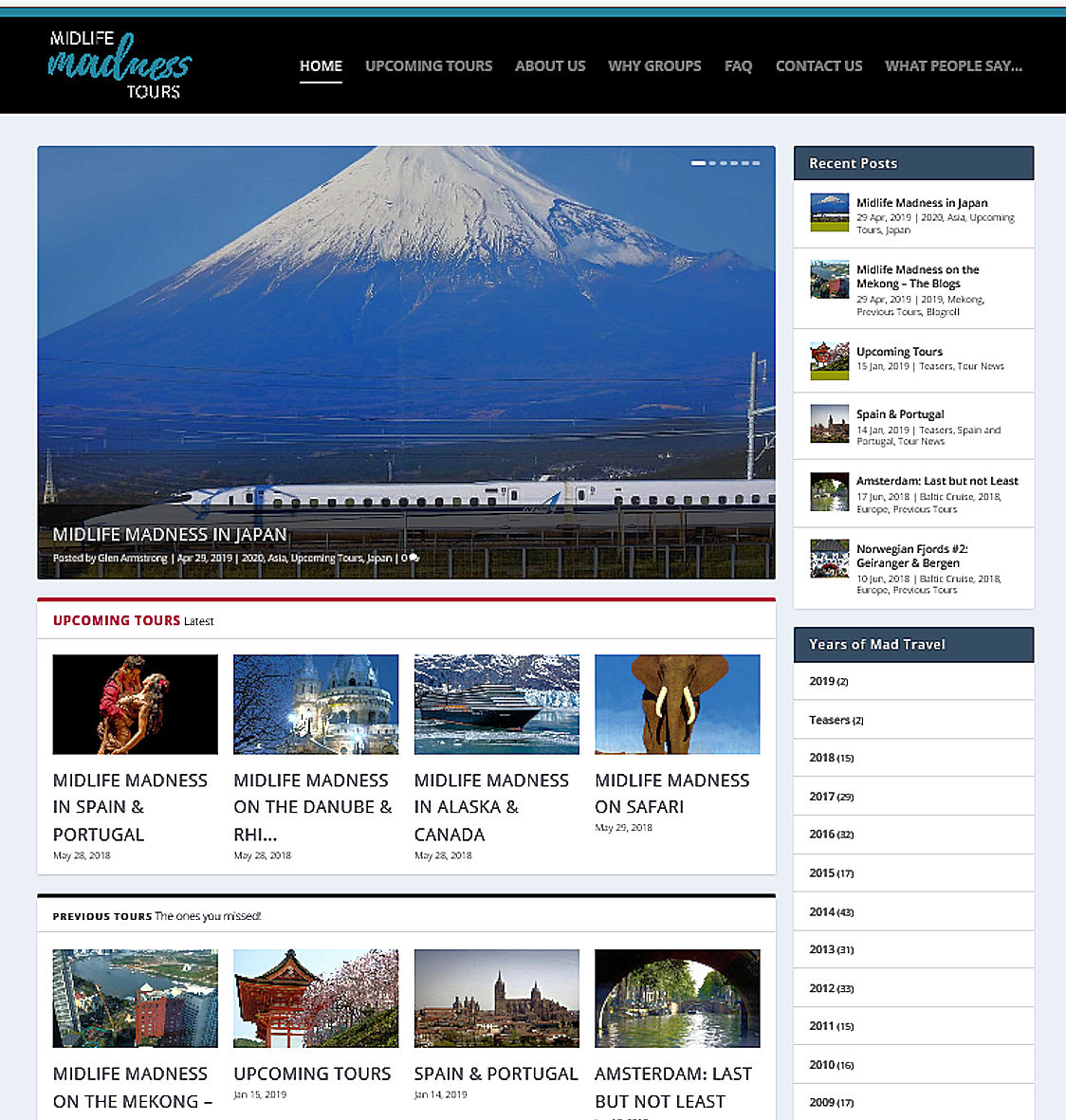