On the last Thursday in May you might’ve found us practising our Portuguese: “Adeus amigos!” (goodbye) … and then our Spanish: “Hola España!” … as we re-crossed the border and took aim on another different-yet-again region, this time in northwest Spain.

Castilla y León is a high plateau ringed by mountains and known for its fabled medieval cities – like Salamanca, with its 12th-century university, its Roman bridge and its baroque Plaza Mayor, awash with golden sandstone … and Segovia, watched over, first, by its ancient Roman aqueduct (boasting more than 160 soaring, interlocking arches, still-standing after 2000 years, go figure!) … and, second, by its multi-turreted ‘Sleeping Beauty’ Alcázar (castle).

As we’ve been finding all over the Iberian Peninsula, food here is an obsession, with the region promising the country’s best jamón (cured ham), roast lamb and suckling pig. That’s right folks, a whole piglet, roasted to perfection and served up on your plate! (We didn’t try it, but we saw it! And you heard about it here!)

We covered a lot of kms on foot in both Salamanca and Segovia – beating the cobbled streets, puffing forever up hills, eyeballing the marvellous architecture, spotting storks and their babies nesting on the highest points in town, getting stiff-necked inside at least a 100 more cathedrals, then rewarding ourselves the way laid-back Portuguese and Spaniards have been doing for centuries. In the lovely, balmy late afternoons and evenings, we Kiwis joined the crowds in pavement cafés or around tables in town squares … ordering a creamy cappuccino or a glass of sparkling vino or a selection of tasty tapas … soaking up the ambience and watching the world go by!

Ahh, yes! This, more than anything else, is what travel’s all about … 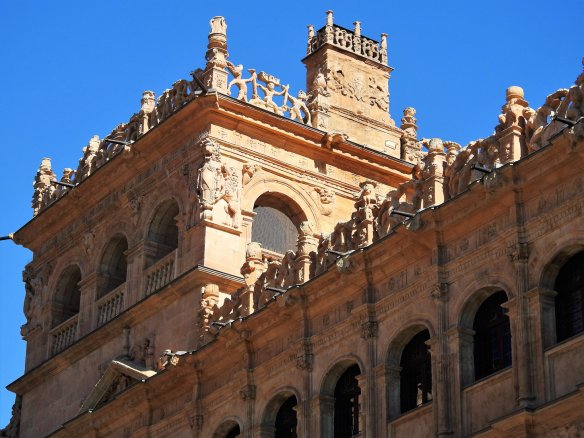 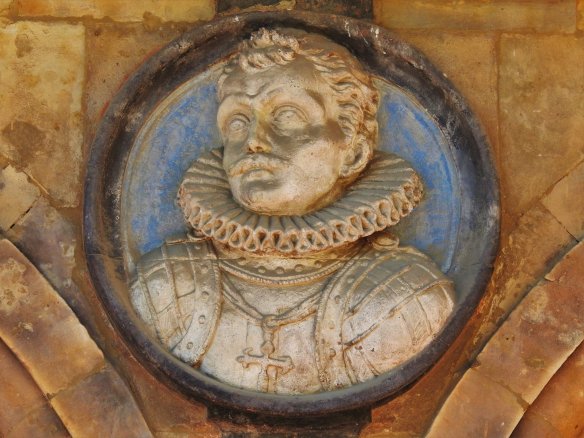 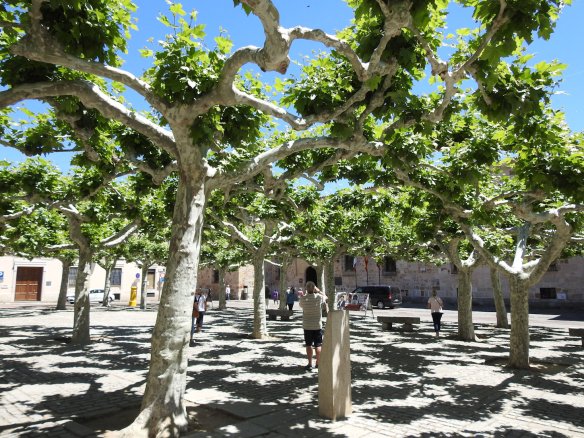 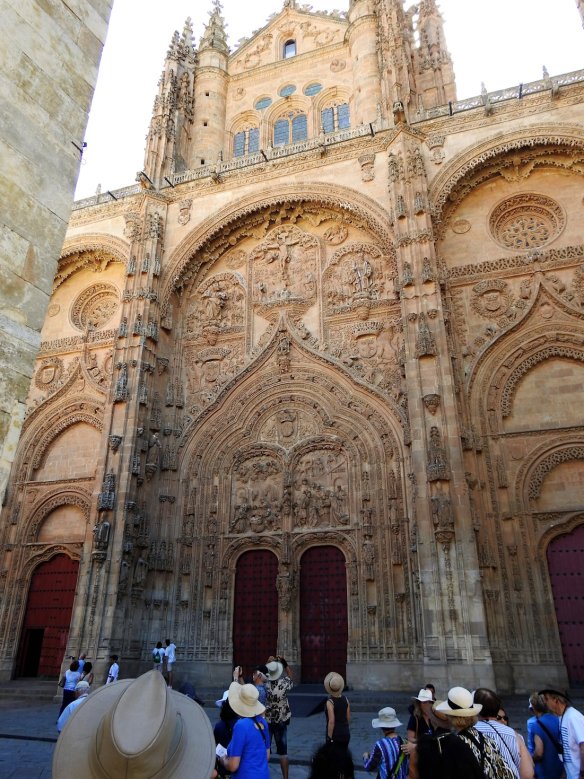 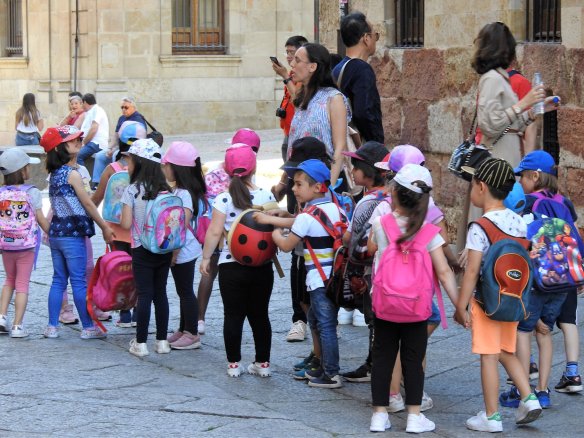 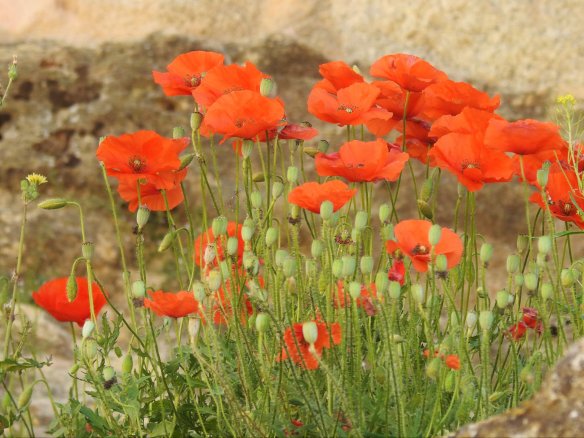 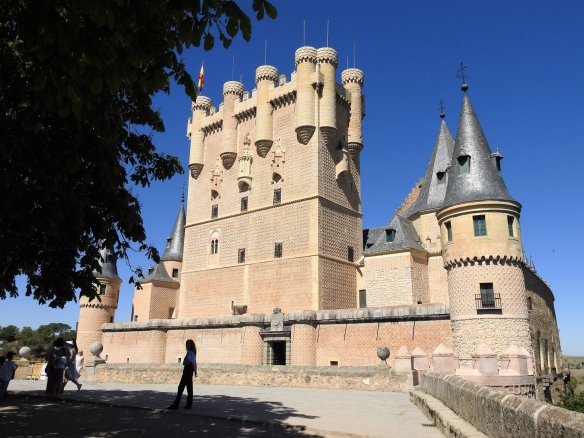 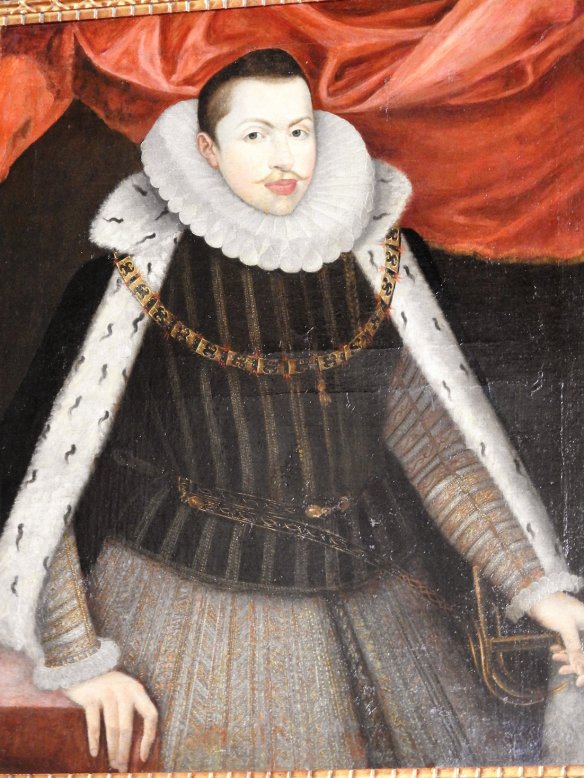 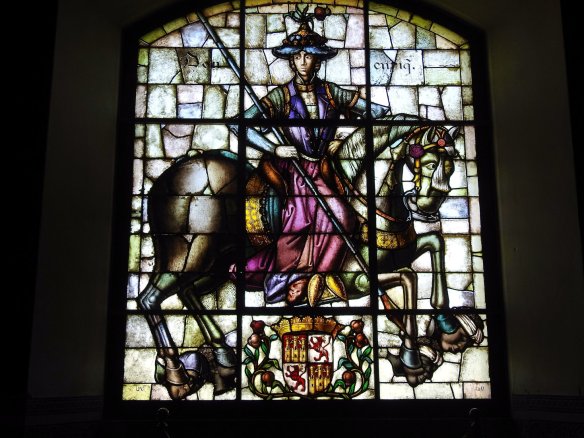 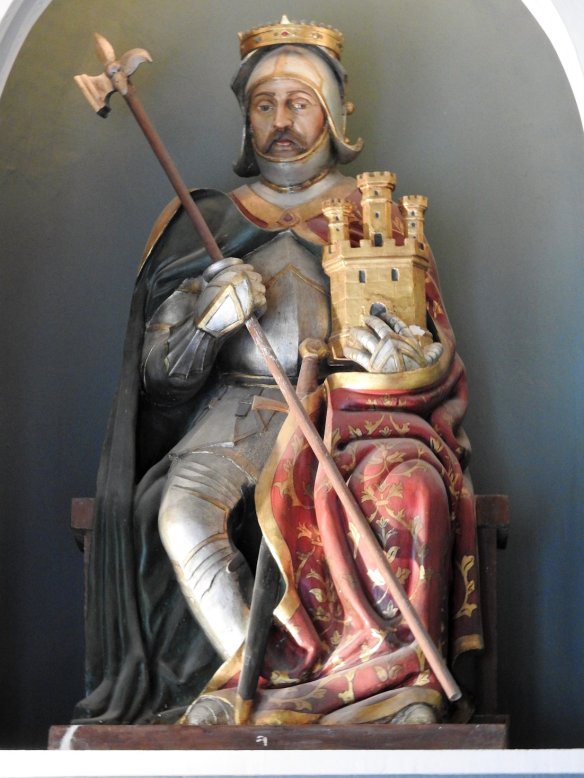 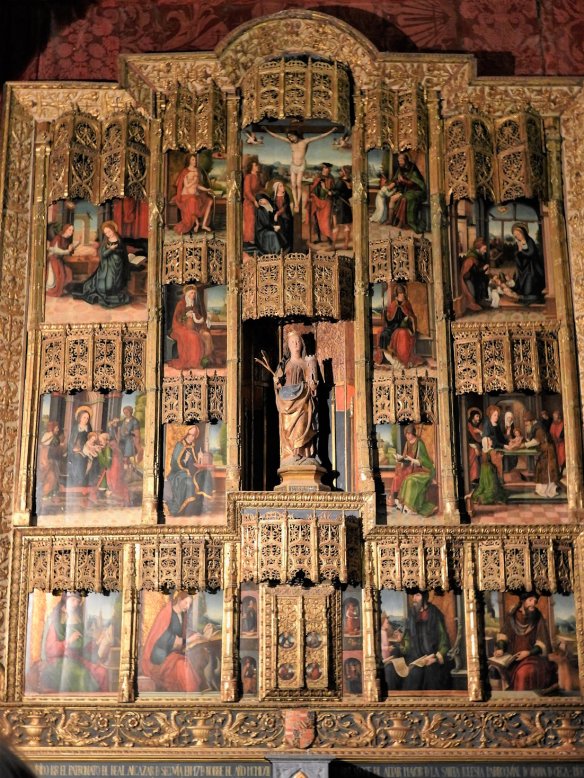 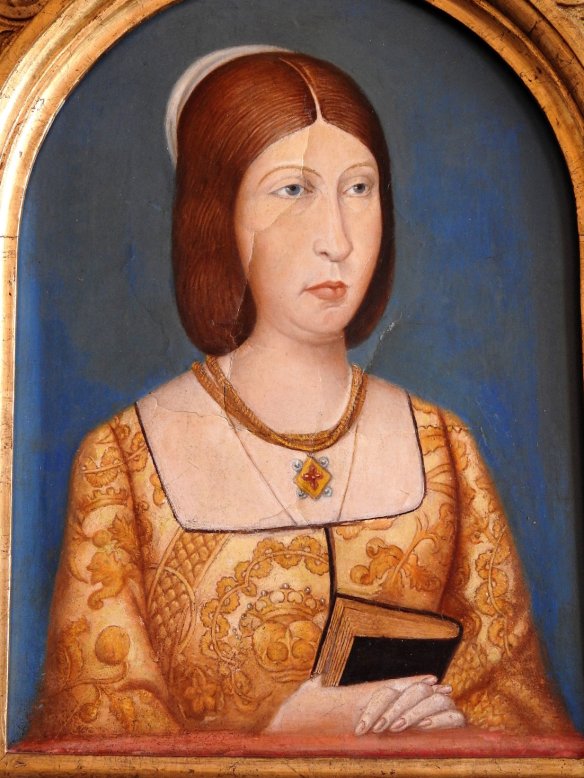 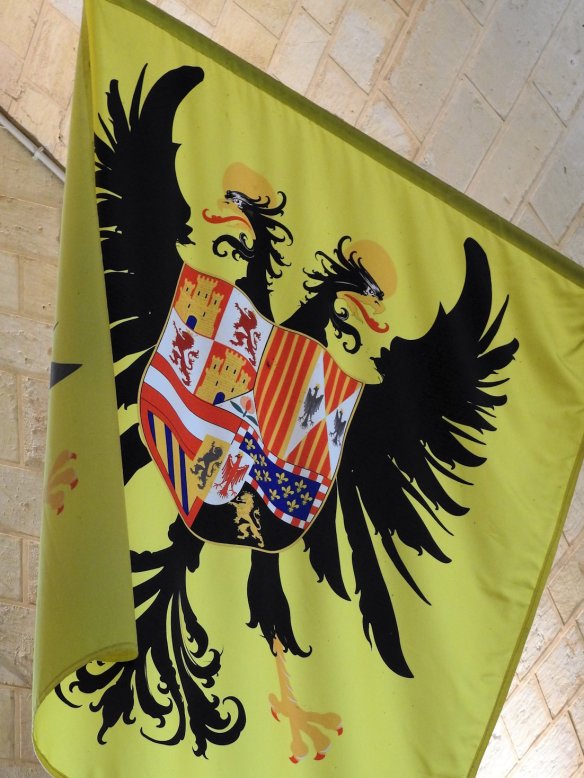 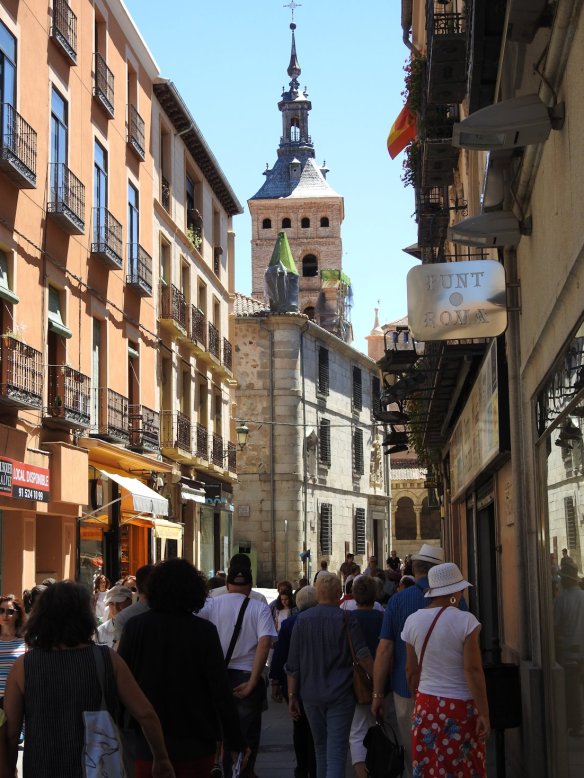 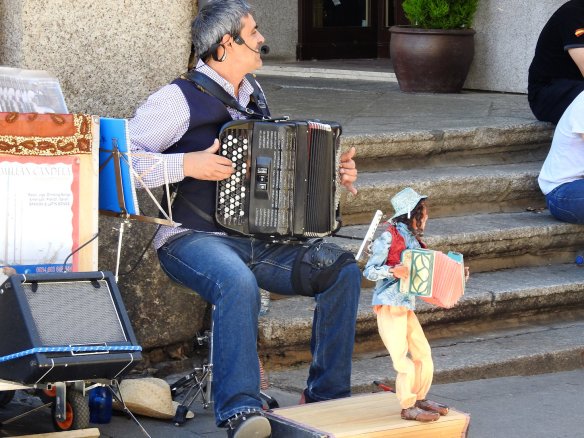 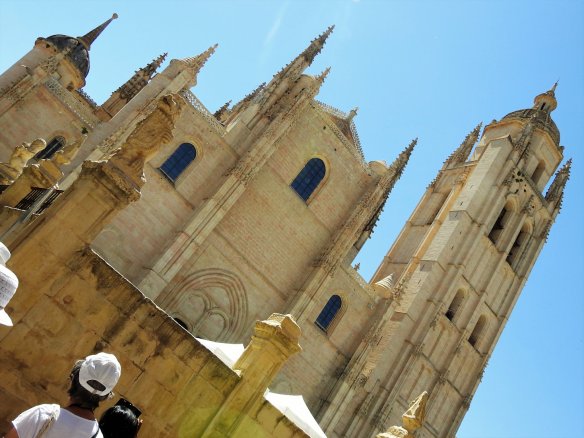 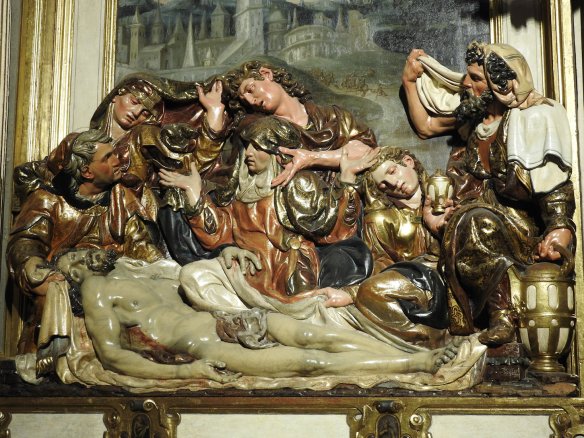 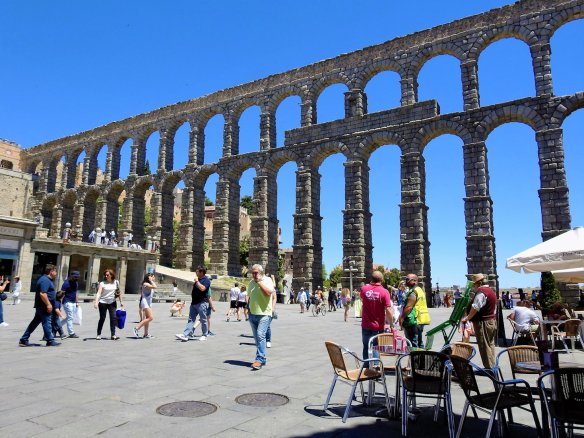 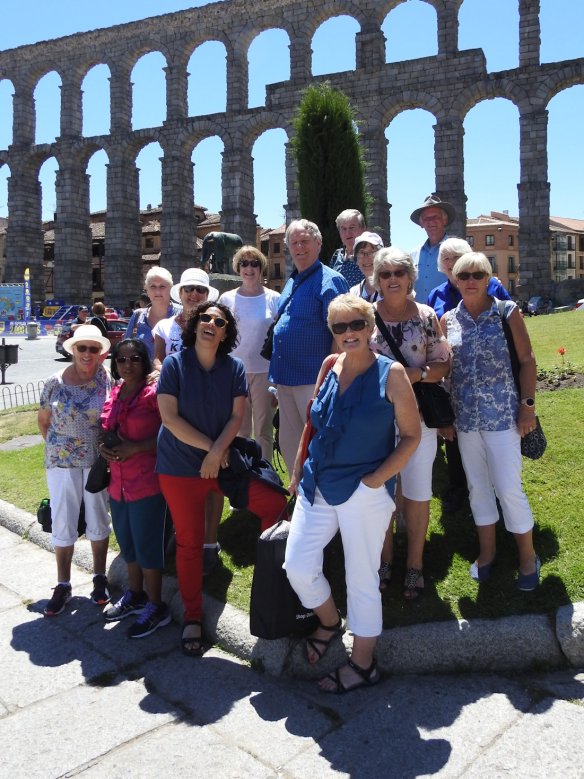 COMING UP: “No city on earth is more alive than Madrid,” claims Lonely Planet, “a beguiling place whose sheer energy carries a simple message: this city really knows how to live!” Come with us to our final stopover, and we’ll see if that’s the truth …

PEOPLE-NEWS: Our internationally-feared Quacky Yellow Ducks are still being claimed by Kiwis who do silly, embarrassing, award-worthy things ……

P.S. If you want to receive future Mad Midlife Travel Blogs in your INBOX, just sign-up (top-right) for your free Email Subscription! And if you’d like to leave a message for someone in our group, just click on the little speech bubble at the top of this entry, and add your comments! (If the speech bubble isn’t there, click on ‘home’.) Make sure you say who it’s for and who it’s from – and keep it brief.