Yes, yes, we know! It’s been an AGE since you last heard from us. And you’ve been worried that we’ve faded off the radar, been attacked by angry alpacas, or gone AWOL in the Andes. Well, relax. Our Mad Midlife group is all present and correct. We’ve just been so busy chasing Inca mysteries, Peruvian hummingbirds, and flitting butterflies that we simply haven’t had time for blogs. And Internet reception in this mountainous region is patchy at best.

We apologise from the heart of our bottoms, and will attempt now to bring you up to date. 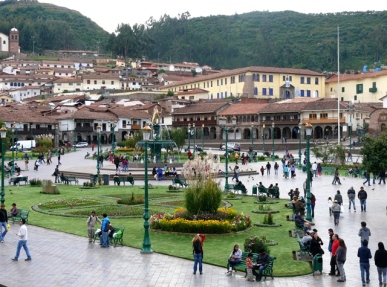 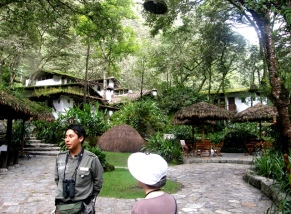 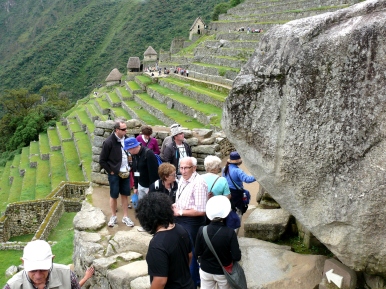 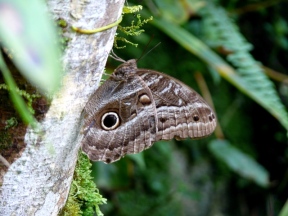 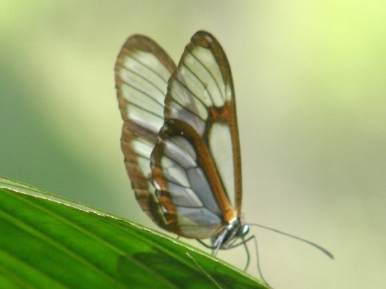 When you last heard from us, we were about to leave Iguazu – which we did, transferring to Buenos Aires for one last time. Next morning, at 4:30am as the hen squawks, we woke and headed sleepily to the airport – flying first to Lima (five hours to the northeast) then to Cuzco (once the life’n’soul centre of the Incan Empire), smack in the middle of the mighty Andes.

But more about Cuzco and it’s colourful Quechua Indians later …

Following a restless night in Cuzco (thanks to the effects of the altitude at 10,000 feet above sea-level) we drove to the Indian town of Pisac and its famous market – where we bartered with the talented locals for their homespun goods. Then, after a buffet lunch at a stunning local restaurant (hidden behind the typical mud-brick shacks along the roadside), we visited the remarkable Incan fortress of Ollantaytambo where we huffed and puffed our way up a steep stone staircase to the massive Temple of the Sun (formed from huge carved blocks weighing 50 tons each).

After overnighting in the lovely Casa Andina, we bussed to the railway station – where we boarded the tourist Vistadome train that goes to the mountain-town of Aguas Calientes, below the ruins of Machu Picchu.

Six centuries ago, at the height of the Inca empire, Machu Picchu was bustling with some 500-800 inhabitants. Now it’s a silent shell. Narrow alleyways wind among empty homes. town squares, and a graveyard, and a governor’s house, and a still-functioning water system bear witness to lives long departed. The Inca empire was at its peak in the 1400s AD, and Machu Picchu was begun probably around 1450. But then, some 100 or so years later, as the finishing touches were just being made to the main temple … something disastrous happened. It was abandoned!

Nobody knows why. Best guess links the mystery to the Spanish invasion. All we can tell for sure is that the whole population left. And no-one dwelt here again till an American explorer with the unlikely name of Hiram Bingham cleared away the jungle growth and exposed this astonishing sight in 1911.

Arriving at the Aguas Calientes station, we travelled a further 30 minutes by coach up a zig-zaggy road (12 hairpin bends!) to the top of the ruins – where a guided tour gave us some idea of what the Inca’s Holy City must have looked like six centuries ago. It was built in stone along the flanks of two hills, and represents an extraordinary example of architecture and engineering.

We explored the Main Square, the Temple of the Three Windows, the Circular Towers, the Sacred Sun Dial and Burial Grounds … and (while we’re at it) we learned about the myths, legends and theories surrounding the ‘Lost City’.

We woke up this morning in the Machu Picchu Pueblo Hotel, an absolutely stunning eco-resort, located high in the ‘cloud forest’ amongst a vast collection of native orchids, exotic birds and colourful butterflies.

We had free time yesterday and today to enjoy the gorgeous gardens surrounding our chalets. This magical place is home to swarms of tiny multi-coloured fruit-eaters, fly-catchers, nectar-drinkers – and extra-tiny hummingbirds: their delicate wings doing a blurring 100 beats per second as they hover in the trees!

Enough! Words can’t possibly do justice to ANY of the above highlights … so we’ll let our photos speak for themselves.

PEOPLE NEWS: In another break from tradition, a couple more quacky duckies have been thrust upon unsuspecting nominees:

TOMORROW: With our fantastic South American Adventure drawing rapidly to a close, we grab one final day in the unique colonial city of Cuzco, weigh a pie in the Andes. So stay tuned, folks – it ain’t over till the fat lady sings!

1 thought on “SACRED VALLEY OF THE INCAS”